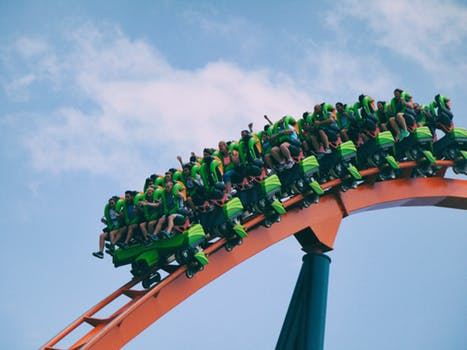 According to WSIL, locals are talking safety when it comes to the Williamson County Fair and Du Quoin State Fair after a recent death of an 18 year old on a carnival ride. A fun night at an Ohio Carnival turned tragic for one young boy and many others. When you think of summer, we think of water parks, local carnivals, and other amusement parks such as Six Flags. Should parents be worried about their child’s safety on these rides?

According to the IAAPA, there are 413 amusement type parks in the U.S. In 2015, there were an estimated 335 million guests and approximately 1,502 of those were injured. Since 2010, there have been 22 fatalities. IAAPA claims that the chances of being seriously injured on a fixed-site ride at a U.S. amusement park is 1 in 16 million.

This report was from data in 2009. The data will vary from year to year.

Most Common Injuries from Park Rides include:

Unfortunately, there are six states without oversight and includes Alabama, Mississippi, Nevada, South Dakota, Wyoming, and Utah. The Illinois Department of Labor does not allow any ride to operate unless it passes inspection. All rides permitted are insured, inspected, and meeting applicable safety standards before they are allowed to operate in Illinois. Illinois is also one of the state who investigate the accidents.

If you have been injured at an amusement park, give our experienced Illinois personal injury attorneys a call at 618-932-2772 or contact us via our convenient online form.